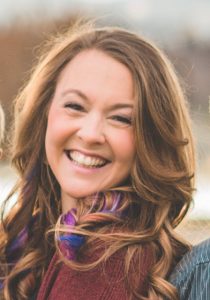 I have worked in education for the better part of two decades. First, as a special education teacher, next as a school psychologist. My husband has supported me throughout my career but, as a mobile engineer his work experience is very different from mine. He receives countless “perks” at work, including a gym membership, nice gifts at Christmas, and even catered lunches. Of all the perks, I have envied these lunches most of all. We educators are accustomed to eating a sack lunch brought from home at our desks while lending extra support to students.. So I was thrilled to attend a school-based conference that advertised lunch would be provided! A  conference lunch means a solid 45 minute break and someone else does the cooking. On the day of the promised meal, my giddy excitement turned into crushing disappointment as I discovered that our lunch was none other than a Smucker’s Uncrustable and an expired yogurt. An older colleague reminded me that I shouldn’t have had such high expectations…after all, we work in education.

This story is but a tongue-in-cheek example of the collective value our society places on educators, and thus education. In America, public schools are woefully underfunded. Teachers receive meager pay, buildings lack air conditioning, textbooks are outdated, and there isn’t enough funding for field trips or art or music classes. In trying to wrap my head around these paltry circumstances, I looked to see how our nation ranks in education spending when compared to other nations throughout the world. I was shocked to find that we ranked 4th.

According to the National Center for Education Statistics, in 2017, the United States spent $14,100 per full-time-equivalent (FTE) student on elementary and secondary education, which was 37 percent higher than the average of Organization for Economic Cooperation and Development (OECD) member countries. In per pupil spending, we lag behind Luxembourg, Austria and Norway.

How can that be? I wondered. Surely in Norway, teachers aren’t expected to buy their own school supplies.

That’s when it dawned on me: data, out of context, can be very misleading.

The missing context is two-fold. First, the US has more available to spend on funding education than other countries; we just opt not to. In total, the U.S. allocates 11.6% of public funding for education, which is well below the international standard of 15%. Second, the three other nations that rank higher than the U.S. on per pupil funding also provide substantial support through universal social systems such as universal healthcare, welfare and child benefits. In fact, due to these systems, the percent of children living in poverty (as calculated by OECD, 2019) is 11.5 percent in Austria, 8 percent in Norway, and 13 percent in Luxembourg. In the United States, the poverty rate among children is 20.9 percent.

More than one in five children in the United States grows up in poverty. While people in poverty are a diverse group, common challenges for serving this population in schools include: increased need for physical and mental health support, less exposure to language and literacy development at home, and access to fewer material resources (in-home computers, educational toys, etc). In addition, students in poverty are at an increased risk to encounter chronic stress and harmful experiences such as physical abuse, neglect, and substance abuse (for more on this topic, see past PHNEE article entitled Toxic Stress in Schoolchildren) . These students often come to school with physiological, social, and esteem needs that must be met before they are ready to learn. For example, if a child comes to school hungry, they are going to be far more focused on hunger than on completing assignments.

Without meaningful social systems to assist these children, U.S. schools are asked to step in to fill the void. While the U.S. may appear to give as much money to education as other developed nations, our absent social programs force education budgets to stretch beyond capacity. Here in Park Hill, our schools are the microcosm of the very same issue.

Recently, data released in a Fall 2020 report by PHNEE was shared with the broader community in an effort to drive fundraising efforts. Out of context, the data was startling: Park Hill Elementary (PHE) receives $2350 – $6500 less per student than other Park Hill neighborhood schools.

Within the context of the entire report, however, this data illustrated the inequities that result from the state’s and our district’s current system of student-based budgeting. In summary, small schools lose out.

While the per pupil funding for students at Park Hill Elementary is less than the other neighborhood schools, the annual public budget is ultimately the largest because of the number of students enrolled. While an initial response might be, “well of course, there are more students to educate at Park Hill,” the truth is that larger class sizes don’t cost thousands more to educate. For example, a class of 18 vs. 28 costs a school the same to run: one teacher, one section of specials, a minimal difference for the nurse or secretary. Yet, the classroom with more students would receive $55k more in funding. Multiply that by several classrooms in the building, and schools with the same functional costs, end up with vastly different resources. An additional consideration is the needs of the students in these classrooms. Looking at the neighborhood data above, there is a striking difference in socio-economic status among each of the neighborhood schools. Within Park Hill Elementary’s 721 students, 15 percent qualify for Free and Reduced Lunch or FRL (a common measure of students living in poverty). By comparison 84% of Hallett’s students qualify for FRL, 87% of Smith’s students qualify for FRL, 56% of Stedman’s and 29% of Odyssey’s.

It would stand to reason that the more students in poverty in a classroom, the more resources a teacher will need in order to fully support them. For example, they may need more physical materials (paper, pens, calculators), more student support (social workers, psychologists, paraprofessionals), and increased differentiated instruction. While the state and district attempt to increase equity by providing some additional funding to schools based on FRL numbers, PTA fundraising in more affluent schools can upset the balance even further.

When compared to other developed nations, America’s spending on education appears to rank well – we’re the fourth biggest spender on our children. But when we dig below the surface, we realize that the number of children in poverty in our country is nearly twice that of the other leading nations. We may have similar budgets, but here in the U.S., those budgets must stretch well beyond educating our youth in order to meet so many other basic needs. And it’s the same right here in Greater Park Hill.

The truth is, education in this country is underfunded for everyone. While we may have limited control over the national budget, we can certainly work together as a community to increase awareness of the inequities that locally impact our youth. We can recognize the unique needs of every neighborhood school, and support one another in universal fundraising efforts in order to be able to close the gaps and ensure that all children in Greater Park Hill have equitable opportunities to learn and grow.

Erin Pier is a mother of three, Stedman parent, and school psychologist at AUL Denver. She is an active member of Park Hill Neighbors For Equity In Education,