We want to hear from you! Please use the link below to fill out our survey and let us know what you think. Forma en Español.

We know that changing the educational system often feels hopeless, we believe that as a community, we can come up with solutions to the challenges facing our schools.  However, the quality of those solutions will be determined by the quantity and diversity of voices at the table.  So, we encourage you to join us for a meeting or several.  We’re also happy to come to a meeting you host or attend, just let us know.

Enrollment at the four ECE-5 schools in Greater Park Hill – Hallett Academy, Park Hill Elementary, Smith Elementary and Stedman Elementary – is a major driver of inequity due to school boundaries and capacity, school choice, the school rating system, and student-based budgeting.  Read below for a deeper look at the issues, or download One Park Hill Brief

In GPH, as throughout DPS, students are guaranteed enrollment at a neighborhood school (or enrollment zone) based on their home address. These boundary assignments have not been changed in many years. In fact, in GPH three of our schools have greater capacity than enrollment and one is over-enrolled.

Small schools can offer small class sizes and more personalized instruction but struggle with resources. Large schools may be well-resourced but class sizes are larger and space for special programs is limited.

Hallett Academy became the most seriously under-enrolled school in GPH through a series of programmatic and leadership changes. The school was closed along with 7 others in 2007 due to enrollment declines and its boundary was distributed to Smith and Stedman. Then, in 2009, the district moved the Fundamental magnet school, previously housed at Knight Academy in Belcaro, into Hallett. Magnet schools are intended to attract students from across the district and, therefore, have no boundaries.

Over the years, the magnet program became less popular and, in 2017, the current principal took over a seriously under-enrolled and under-performing school with the intent to revitalize it. Today, with no students assigned to the school, Hallett is at a disadvantage when it comes to generating sufficient enrollment. The school is required to spend a significant share of its resources (already limited due to its small enrollment) simply encouraging children to enroll.

Meanwhile, Park Hill Elementary’s (PHE) boundary was expanded in 2010 when Phillips Elementary was closed to make way for a charter school, Odyssey School of Denver. Now serving a boundary with over 800 elementary-aged DPS students, nearly 200 students above its capacity, PHE is over-enrolled, with average class sizes of nearly 30 students, space constraints, and a significant portion of its larger budget spent on paraprofessionals and other staff to reduce the student-to-staff ratio. As time goes on, if class size should exceed 35, the district can implement its “overflow procedures” and deny a new student moving into the boundary admission to the school.

In addition to capacity problems, the school boundaries in GPH, with the exception of Stedman, are seriously segregated by race and socio-economic status.

Under court-ordered desegregation between 1973 and 1995, schools were required to maintain balance between students of color and white students. Following termination of the case, the district returned to a system of neighborhood schools and began the school choice process in place today. Then, as now, neighborhoods were segregated and the district did not impose any racial or socio-economic requirements for enrollment in the choice process, nor did it provide universally accessible transportation.

Although students are guaranteed a seat in a neighborhood school, they may also choose any other school in the district, including a charter school, an innovation school, or simply a different neighborhood school, assuming there is space and they can provide their own transportation. In the 2018-19 school year, 662 GPH elementary-aged students chose a DPS school outside of the neighborhood. This has consequences for everyone.

School choice as a method of school assignment was popularized beginning in the 1990’s as part of an education reform movement promising to improve the system through free-market approaches. Although it is hard to argue with the concept of allowing parents to choose the right educational environment for their child, choice, especially when it isn’t universally accessible, can negatively impact individual schools and the system as a whole.

School choice favors wealthier families due to the need for internet access and extra time to research and visit schools. And because transportation to and from school is not universally provided, school choice limits options for many families who can’t drive their children on a daily basis.

Additionally, while school choice is promoted as a way to opt-in to a school that a family might prefer, it is often used as a way to opt-out of the neighborhood school because families believe the school is “bad” or “underperforming.” The problem is that families are often basing these decisions on DPS’ rating system, which in some ways, is both inaccurate and incomplete.

Many parents rely heavily on the district’s school rating system known as the School Performance Framework (SPF) when choosing a school. However, SPF shows parents an incomplete picture of the school, leaving parents without much of the information that is valuable to them.

Unfortunately, the SPF is based largely on the results of standardized tests which correlate tightly with wealth and whiteness. So, while the SPF can tell you something about the overall student demographics at a school, it tells you very little about how any individual student will perform on state tests.  Furthermore, there are many aspects of an education that are not captured in a standardized test including factors such as culturally responsive curriculum, school climate, authentic and empowered parent involvement, teacher-to-student ratio, and racial and ethnic representation of teachers. This information is neither part of the SPF nor  easy to find. This results in parents opting out of a school without an accurate picture of how that school might serve their child.

Given that those with more existing advantage are more likely to make use of school choice, the incomplete nature of the school rating system results in more of those students leaving lower rated schools, often leaving behind the most vulnerable and marginalized students, resulting in even greater inequity for them.

DPS allocates funding to schools according to a policy known as “Student Based Budgeting” (SBB). This means that schools receive funding based on the number of students enrolled. Under-enrolled schools thus receive less funding than those which are fully enrolled.

The district’s SBB formula recognizes that providing an equitable education to all kids requires different investments based on the needs of the students and allocates more funding for low-income students (those qualifying for free-or-reduced price lunch, or FRL), those with special learning needs, English language learners, or students identified as gifted and talented. Additionally, the district provides budgetary supplements for small schools, an acknowledgement of  the challenge of fully staffing a school with low enrollment.

This approach to funding schools may seem fair – more kids require more funding and kids whom our educational system has traditionally struggled to serve need and deserve even more funding. But, in reality, the extra funds, largely allocated on a per-student basis, do not cover the actual need and the lack of economies of scale facing small schools is not mitigated by the small school supplements provided.

Outdated school boundaries, school choice, and a flawed school rating system, result in lower enrollment and thus lower associated resources that come with each student. This makes it even harder for under-enrolled schools to meet the educational needs of each child, leading to lower scores on the school rating system, fueling a cycle of eroding enrollment and funding. 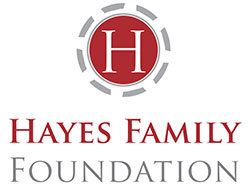